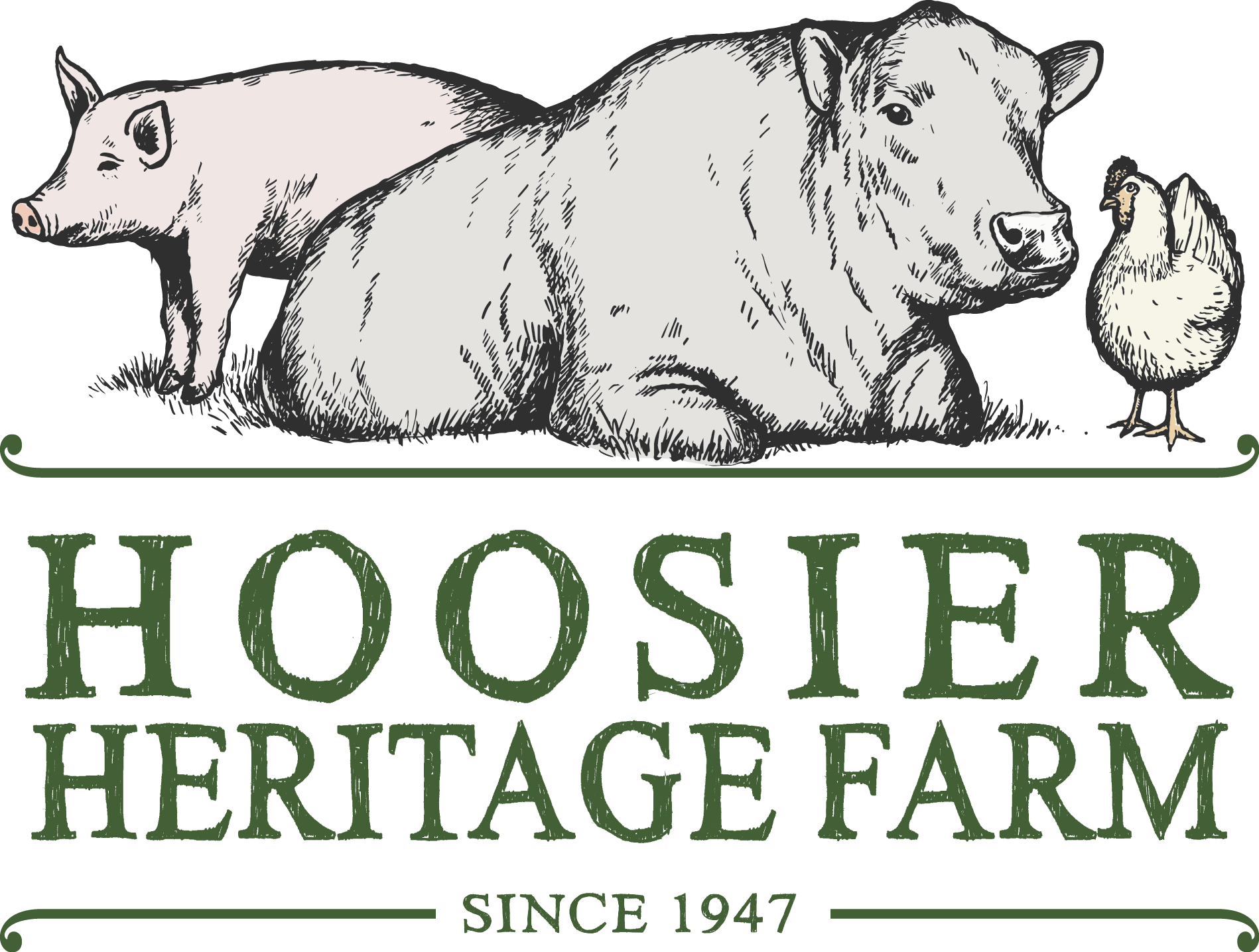 The animals on our farm

The Angus breed traces its origin back to the northeastern counties of Scotland (one of which is Angus county) in the 18th Century. These cattle were brought to America in large numbers in the latter part of the 19th Century, and their popularity quickly increased. In fact, they are the most popular breed of cattle in the US. Consumers love Angus cattle for their excellent, evenly-marbled meat. Farmers prefer them because of their hardiness and their easy calving.

Cornish Cross chickens are the most popular meat birds in the United States. Consumers prefer the large breasts and tender and juicy meat that these birds produce. But what makes these birds truly spectacular is our flock management—free range and no antibiotics. They are far superior to anything you can buy at the grocery store.

We keep three different heritage breeds of layers that provide a colorful addition to our green pastures.  They are all brown egg layers, but now and then you'll see a white egg (which looks and tastes just like the brown ones!).

Once a staple of farms around the country, the Rhode Island Red is known for its hardiness and great production of brown eggs. The breed fell out of favor as huge commercial flocks began to displace small farms, but they play a central role in our egg-laying flock. As a boy, I remember my uncle raising Rhode Island Reds right around the corner from our farm, so they have a special place for me.

Barred Rocks are also an old breed that have proven egg-laying abilities coupled with hardiness and good manners. Barred Rocks originated in New England in the early 19th Century. Their distinctive white and black plumage create the “bars” that give them their name.

Contrary to popular belief, white hens can lay brown eggs, as do our White Rocks.  White Plymouth Rock chickens were first introduced in the late nineteenth century and are named after the town from which they originated.  The breed has been popular for nearly 150 years due to its adaptability to various climates, docile manner, and excellent egg  production qualities.  This is the breed we always raised when I was a boy.

Bourbon Reds originated in the bourbon-producing regions of Kentucky in the late 1800s. As a heritage breed, these birds are relatively slow-growing, long-lived, and able to breed naturally. They are great foragers, which makes them ideal for their free-range home. Although they won’t develop as much breast meat as a commercial white turkey, the meat has been described as “boldly flavored,” “savory,” and “a depth of flavor that others don’t have.”

These birds are the most common turkeys in the United States. Bred to grow quickly with a high amount of white breast meat, they have become a favorite of the turkey industry. Our farming methods, which include raising these birds on grass and with plenty of sunshine, produce a superior product. There’s no comparison with those bought at the big grocery down the street!

We keep a few varieties of pigs on the farm. We aren’t too particular about the specific breed. We’ve found that the phenotype of the pig–it’s overall shape and proportion–is much more important than the breed in producing the best pork. We prefer pigs that don’t have unnaturally large shoulders and hams, like would be found on many large-scale farms. Its all about proportion!